Ratsgymnasium and the School of St. Helen and St. Katharine School have been partners in an exchange programme for nearly 40 years now, but I can say for sure that for us this year was special. For example this time it was cheaper for us to fly than to charter a coach and go by ship. We were the first group ever to fly and it was really cool to go on an airplane with our friends.

But there are more reasons why it was an especially great trip. SHSK is a beautiful, independent girls’ day school. The buildings are really pretty and old, but inside it is quite modern. In the middle of the school grounds there is a romantic garden with old apple trees and several flower beds. The reputation of the school is so good that even those children who live more than an hour away study there. Every morning, pupils meet in their form rooms and then go to assembly together. After assembly, everybody attends their courses. I would say that the lessons at Ratsgymnasium and at SHSK are on a similar level. The girls have lunch in school, which is a lot better than German school food. SHSK offers a lot of extracurricular activities, so they have a variety of clubs, e.g. in the fields of art and music, extra lessons etc. to participate in.

What I particularly liked is the fact that the St Helen’s girls are really communicative and sociable. I now do not only have contact with my exchange partner, but also with a lot of other girls from SHSK.

The other students and I lived at our exchange partners’ homes. Everybody got along pretty well with their newly found friends, their parents and siblings. A lot of the exchange families took us to London, which we were really happy about. But we did not only go on a trip with our exchange family, but also together with the other German exchange students. The most popular places we went to were Oxford, where we went twice, and Portsmouth, but we also went to some other nice places like Warwick Castle and Stratford. I guess I represent the opinion of our group when I say that we particularly enjoyed these excursions.

Sadly these 10 days went by too fast and in a wink it was time to say goodbye and get on the plane back to Germany. But from above the clouds we thought about this amazing experience and the kind people we had met. Now I’m really looking forward to our exchange partners visiting us in Bielefeld in February. 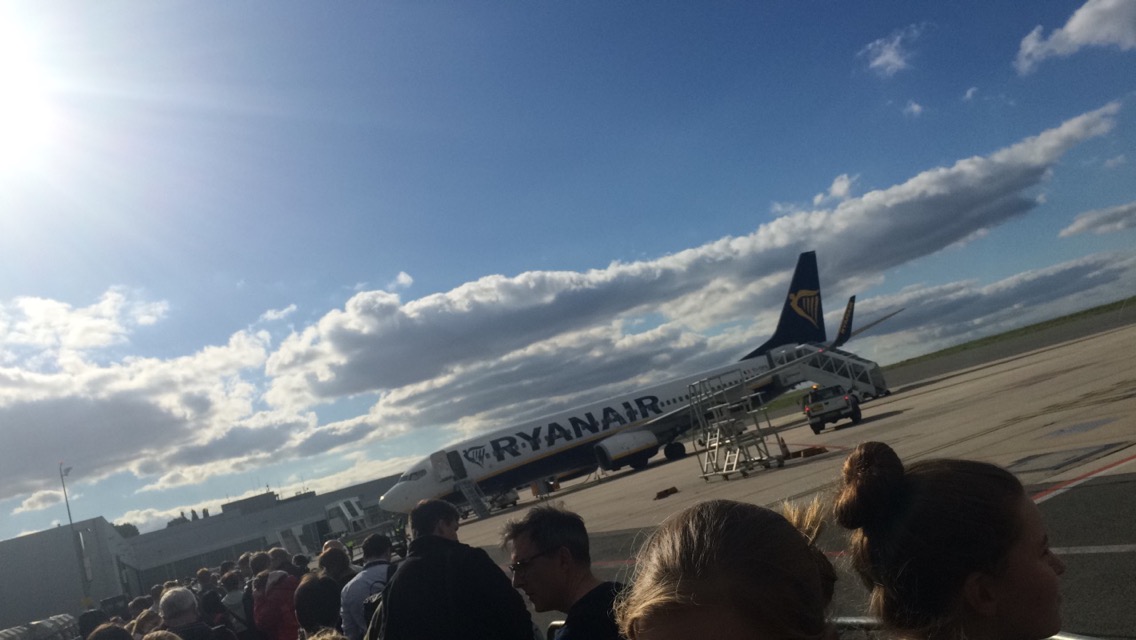 On the next day we had our first day at Abingdon School. We were really excited. We accompanied our partners to their houses. There they have a room where they can spend their free lessons, where they can play table-tennis, billiard or FIFA on the Xbox 360. Then we were taken to the CMR, a meeting room. Miss Nez Önen, who is a German assistant, showed us the different school buildings, like the Amey Theatre or the Sport Centre. In the afternoon we had a town rallye in Abingdon. In the evening we had dinner at our exchange partners’ houses and had some free time.

On Wednesday we had our first trip to Oxford. There we visited Keble College and the National History Museum. After one and a half hour of free time we went back to the school.

On the next day we went on a trip to Portsmouth, where we saw two old war ships, which was really interesting. After having lunch on the promenade of Portsmouth we bought something in the mall.

On Friday we had a normal school day and a drama lesson with Ben Phillips. We played various mini-games to learn real acting.  Additionally, we had real school lessons like Physics, French and German. German was really funny, because the pupils did a quiz about grammar and it sounds really amusing to hear English people speaking German.

At the weekend we were in our families and went on some trips, for example to London or to Oxford.

On Monday we were in Stratford, Shakespeare´s birthplace, and in Warwick Castle, an old castle from the 12th century. There we saw a real falconer’s show. At 6pm we were back home.

On the last full day we were in Oxford again. We saw Christ Church College, where you can visit the real Harry Potter dining hall. Back in Abingdon School we were at the fun fair and had a nice last evening in our exchange families.

On Wednesday we said goodbye to our families and went back to Bielefeld.

The English life style is very different to the German way of life. Some English houses look really old, because they are half-timbered houses. Most rooms in them are very small and have old furniture. But not everything is different, because English people watch the same movies as in Germany and are interested in football, too. But the English are real rugby fanatics.